The Power in Losing: "I Don't Cheat to Win, I Rather Lose"

This morning I woke up to dozens of social media posts discussing Serena Williams' US open loss. Her words, “I don’t cheat to win, I rather lose” were posted on numerous pages. Some people were praising Serena while others were in disbelief that something like this could happen to our queen of tennis.

I must admit that I did not get a chance to watch the entire match. I am not sure all that transpired. Even for those who did watch it, I am sure there is more to be told than what was aired on TV. There is one thing for sure, Serena had a choice in how to engage with the umpire who accused her coach of coaching her from the sideline. In her thoughts, the umpire was a thief, racist, and took the US Open win from her. Her main response boiled down to a few words, “I don’t cheat to win, I rather lose.”

It made me think about all the losses I've experienced in my life. I tell people the stories of me losing every single volleyball game during middle school for three years straight. The only game we won was the jamboree which we all know doesn’t actually count. Of course, when I tell people these stories of all the horrible losses I’ve had on that team, I usually get a couple smirks, some pity, and an occasional person having uncontrollable laughter. Even though it was expected for us to lose the moment we stepped on the court, I discovered a lot during those years.

I learned to be somewhat content in those moments when victory is unattainable. The lessons of having fun being our highest priority for playing volleyball and still being able to hold our heads up high was invaluable. I learned how to get back up when being knocked down. I believe that each of us gains more when we lose than when we win.

When we lose, we have to go back to the drawing board to reinvent what we could have or should have done. We get better and stronger. Our pitfalls and weak points are revealed to help put more power in our future punches. It’s a time to develop strategies on what the right and wrong approaches would be in various situations.

During those moments after losing, you have to also regroup emotionally. We all are imperfect. No one can win all the time. Everything does not always go the way we want it. For those who cheat their way to the top, I am under the belief that those wins don’t actually count. It only leads to an even bigger failure in the future. For those who "always win" and do undercover cheating, it makes the time when you do lose even harder to swallow. Cheating is simply another word for insecurity and the fear of failure. Plus, it just takes too much energy to cheat than to lose in my opinion.

When losing comes your way, don’t be discouraged. Just like you will have times that you win, you will also have times when you will fail or mess up. Losing is unavoidable. Just keep in mind, when it’s your time to lose, it’s also your time to grow. Your win will eventually come. Even though losing sucks, it makes the win later down the line even greater.

Doctors and Patients Sharing the Decision to a Healthier Life

Doctors and Patients Sharing the Decision to a Healthier Life

Focusing On The Big Picture To Achieve Your Goal

The Power in Losing: "I Don't Cheat to Win, I Rather Lose"

Hungry Anyone? Tips to Get Through the Holiday Season in a Healthy Way

Breast Cancer Awareness Is NOT Enough 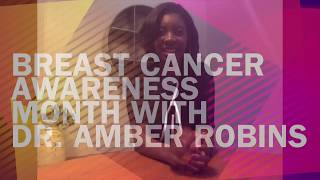 What Are You Grateful For?

Does the Flu Shot Cause You to Have the Flu?